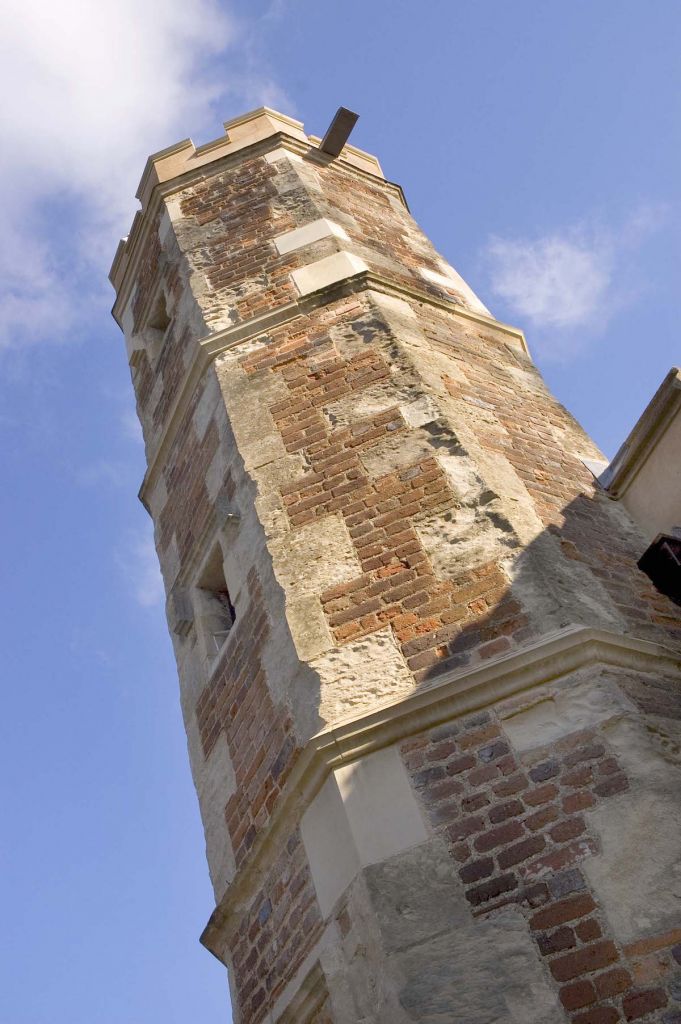 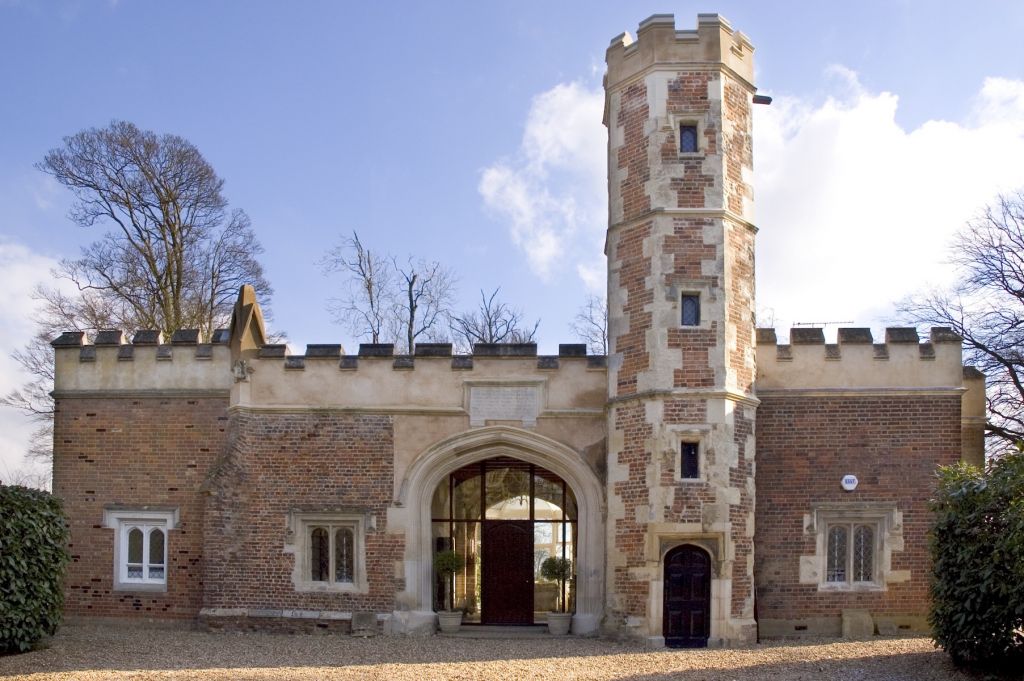 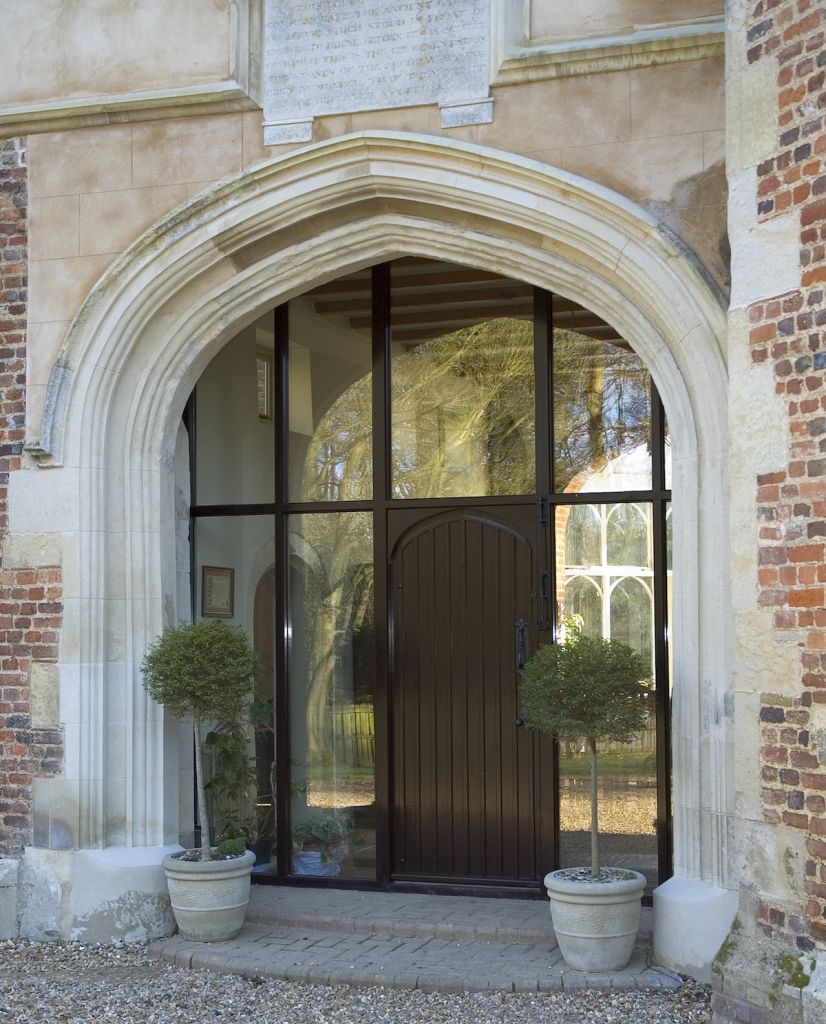 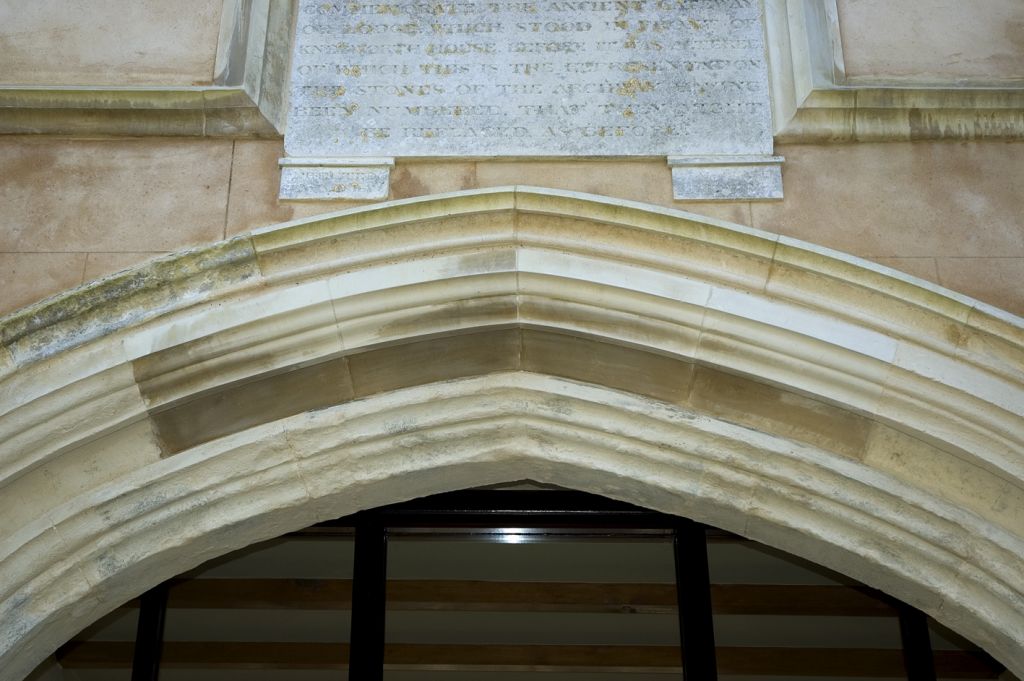 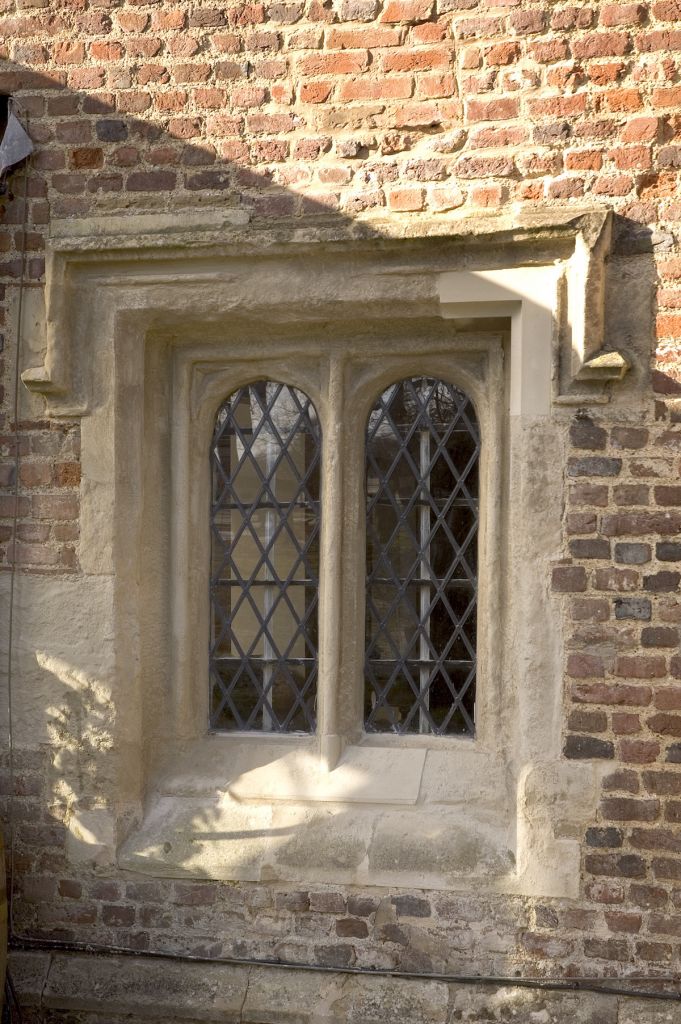 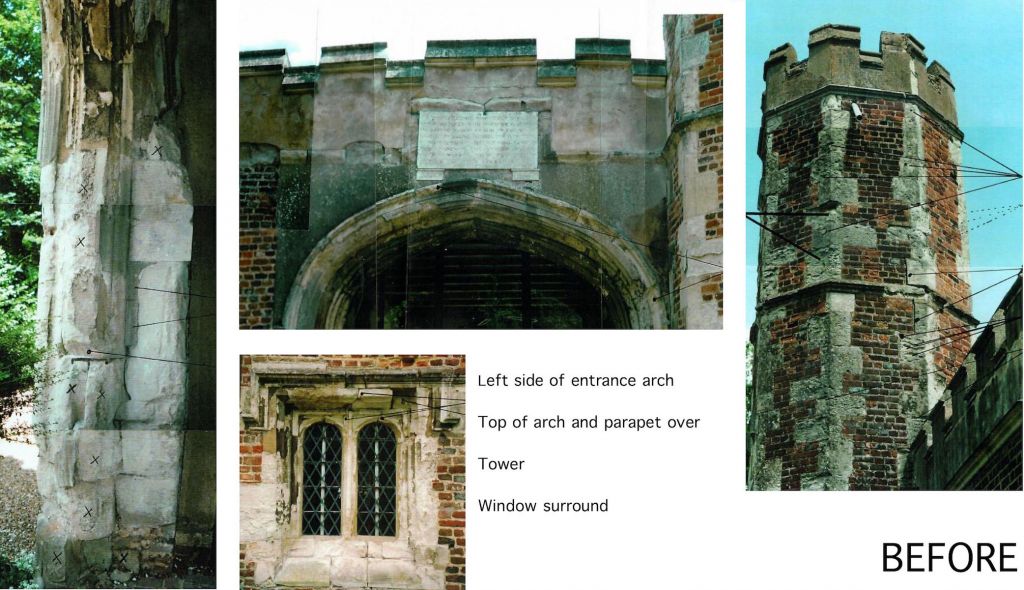 Conservation and repair of a listed gatehouse built by Lady Lytton in 1817 after demolishing a large section of Knebworth House – recycling the Tudor materials.  It was sold by the Estate and converted to a house in the 1980s, there were serious issues with both new and old work.

The tower was in a dangerous state and the chalkstone suffering from contact with roman cement (1817) and portland cement (20C). The gateway arch was near-derelict. The challenge was to repair without losing much historic material and character. We were later commissioned to enhance the landscape and replace a conservatory. Award-winning project.