Repairs and Conservation to a flint house 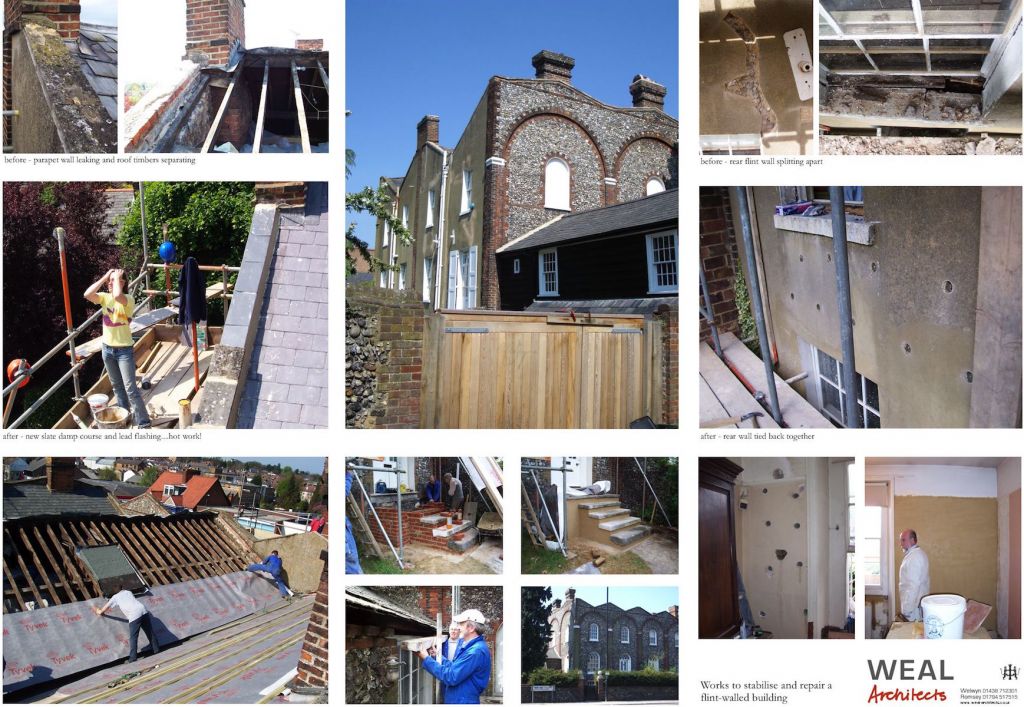 Alarming gaps were opening up in the rear wall of this house as the two skins of flint that formed it were splitting apart. This was exacerbated by the rotting of the ends of the floor joists, so the wall was not tied back to the main structure.

As the house distorted, the ‘butterfly’ roof began to sag down into the stairwell.  We repaired the floors, restored ties, secured and reslated the roof.  We did not remove the cement render  (an earlier ‘repair’): to remove it would cause more damage. We also designed a cedar gate to the rear and new steps with one new handrail at the front.